1 year ago 38
A chronological listing of news articles linked to on the Skeptical Science Facebook Page during the past week: Sun, Aug 23, 2020 through Sat, Aug 30, 2020

Fridays for Future: how the young climate movement has grown since Greta Thunberg’s lone protest At the end of her first week on strike in August 2018, Greta Thunberg handed out flyers that said: “You grownups don’t give a shit about my future.” Her appearance at the 2019 UN Climate Summit capped a year in the spotlight for the teenage climate activist. Delegates at the summit gave her a standing ovation, but the sound of their applause couldn’t mask Greta Thunberg’s deep frustration.

“This is all wrong,” she said. “I shouldn’t be up here … yet you all come to us young people for hope. How dare you!”

Everything from posters to children’s picture books have captured the inspiring example of Thunberg’s bravery and determination. But adults, even supportive ones, still shirk the opportunity to really pay attention to the remarkable movement she is a part of – its history, its present and its visions for the future.

In doing so, they miss the significance of the last two years. The climate strike movement has grown into a network of global campaigns focused on systemic change to tackle the climate crisis. In the process, young people have outgrown the mainstream environmental movement. They don’t want recognition in the world of today. They want a new world, and they are building it.

Fridays for Future: how the young climate movement has grown since Greta Thunberg’s lone protest by Benjamin Bowman, The Conversation UK, Aug 28, 2020

The climate crisis has already arrived. Just look to California’s abnormal wildfires by Alastair Gee & Dani Anguiano, Climate Countdown, Guardian, Aug 21, 2020 Could the US and Caribbean be heading for their worst hurricane season? by Alex Dick-Read, World, Guardian, Aug 22, 2020 Earth has lost 28 trillion tonnes of ice in less than 30 years by Robin McKie, Environment, Observer/Guardian, Aug 23, 2020 Marco becomes a hurricane as the Gulf Coast braces for 2 cyclones this week by Holly Lan & Dave Hennen, CNN, Aug 23, 2020 California and Colorado Fires May Be Part of a Climate-Driven Transformation of Wildfires Around the Globe by Michael Kodas, InsideClimate News, Aug 22, 2020

How Can We Plan for the Future in California? by Leah C Stokes, Ideas, The Atlantic Magazine, Aug 23, 2020 UN fund pays Indonesia for forest protection as deforestation rises by Chloé Farand, Climate Home News, Aug 20, 2020 How a Plan to Save the Power System Disappeared by Peter Fairley, Politics, The Atlantic Magazine, Aug 20, 2020 Tropical storms Marco and Laura are about to deliver a one-two punch to the Gulf Coast by Holly Yan and Madeline Holcombe, CNN, Aug 24, 2020

Senate Democrats want to build a climate coalition that can take on the Kochs by David Roberts, Energy & Environment, Vox, Aug 25, 2020 Can Redwoods Survive the Devastating California Wildfires? by Andrea Thompson, Scientific American, Aug 26, 2020 On Climate Change, We’ve Run Out of Presidential Terms to Waste by Bill McKibben, Annals of a Warming Planet, The New Yorker Magzine, Aug 26, 2020 The Fires May be in California, but the Smoke, and its Health Effects, Travel Across the Country by Michael Kodas & Evelyn Nieves, InsideClimate News, Aug 27, 2020 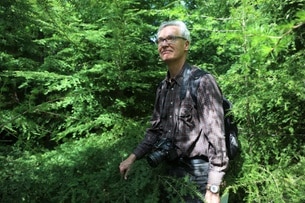 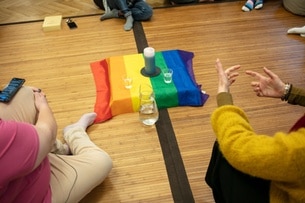