Black Friday: My nightmare for the planet

I’ve had a recurring nightmare lately. In the dream, my seven-year-old son comes home from school and asks, “Daddy, can you buy me [insert video game console of choice], it’s on sale for Black Friday”. I start telling him why he’s not gonna get it, and then everything goes dark – and I wake up in cold sweat.

As a child growing up as the grandson of Italian farmers, I loved following the seasons, harvesting the grapes in late summer, eating chestnuts in autumn, appreciating the gifts of nature with each phase of the year. I wish the same experience and appreciation of nature for my son, who we are raising  in the Netherlands. I want him to have fond memories of skating on a frozen canal on a frosty winter morning, and climbing trees to pick late-autumn apples. But buying a discount gaming console on Black Friday? It was never on the list of memories to share with my son. 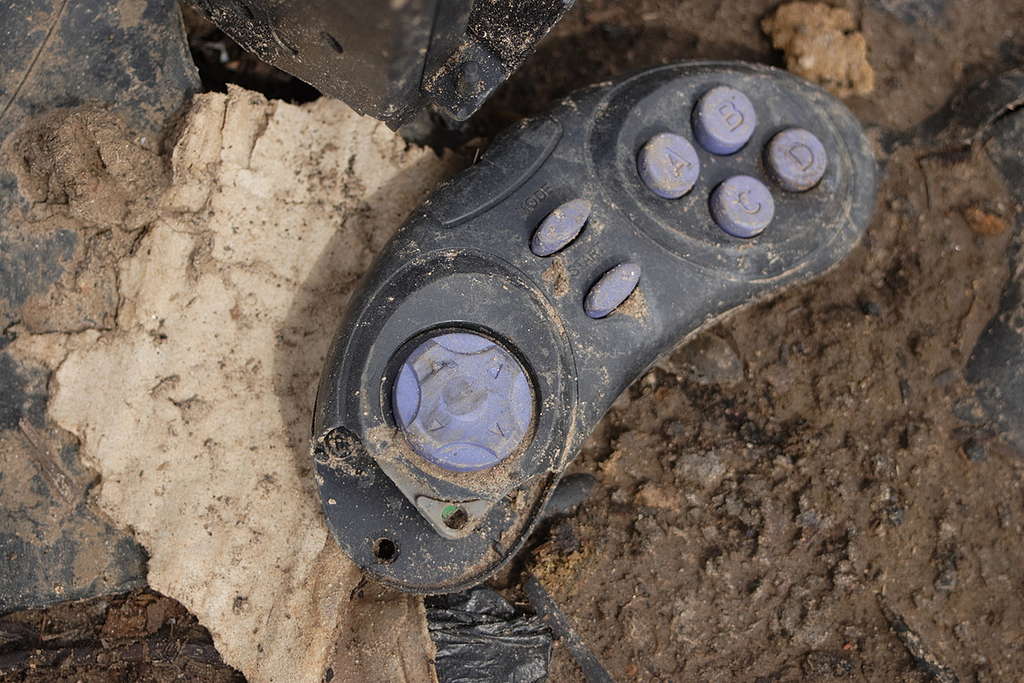 Why I’m saying no to the Black Friday binge

I don’t blame my son for wanting new toys. I blame the system: nowadays, we’re bombarded with adverts, and under huge amounts of pressure to worship new Gods in the form of commercial brands, and consume, consume, consume; it’s practically our only mantra.

Consumerism is particularly bad in large commercialised cities, with their sprawling shopping malls, and high street shops – and the inevitable piles of discarded cardboard delivery boxes lining nearly every street. It’s as if we’ve swallowed consumerism whole – and it’s taking a huge toll on our planet’s finite resources as well as on our mental health. Today’s economy runs at a level where we would need 1.8 Earths to satisfy the current rate of global consumption. 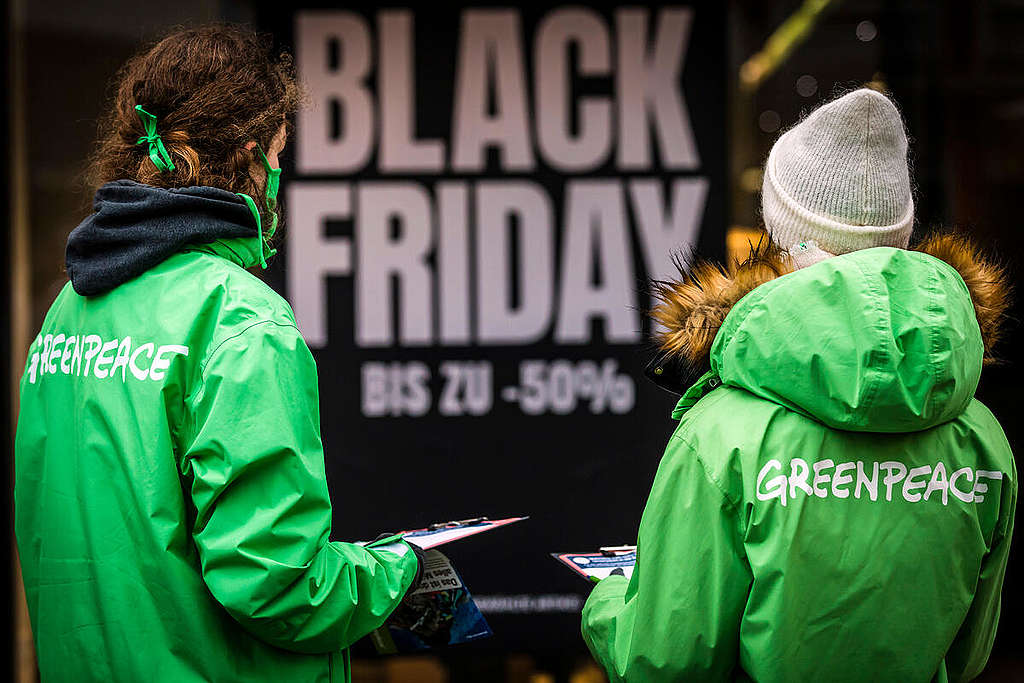 Greenpeace volunteers build a tall tower of packaging boxes in front of a department store in downtown Osnabrück to draw attention to consumption alternatives in the run-up to Christmas and around “Black Friday”. © Lars Berg / Greenpeace

Nearly three-quarters of the planet’s greenhouse gas emissions come from urban areas. And much of it comes down to consumption of goods and services. To compound matters, cities are growing: today, 55% of the world’s population lives in cities. By 2050, that number will rise to 68%. 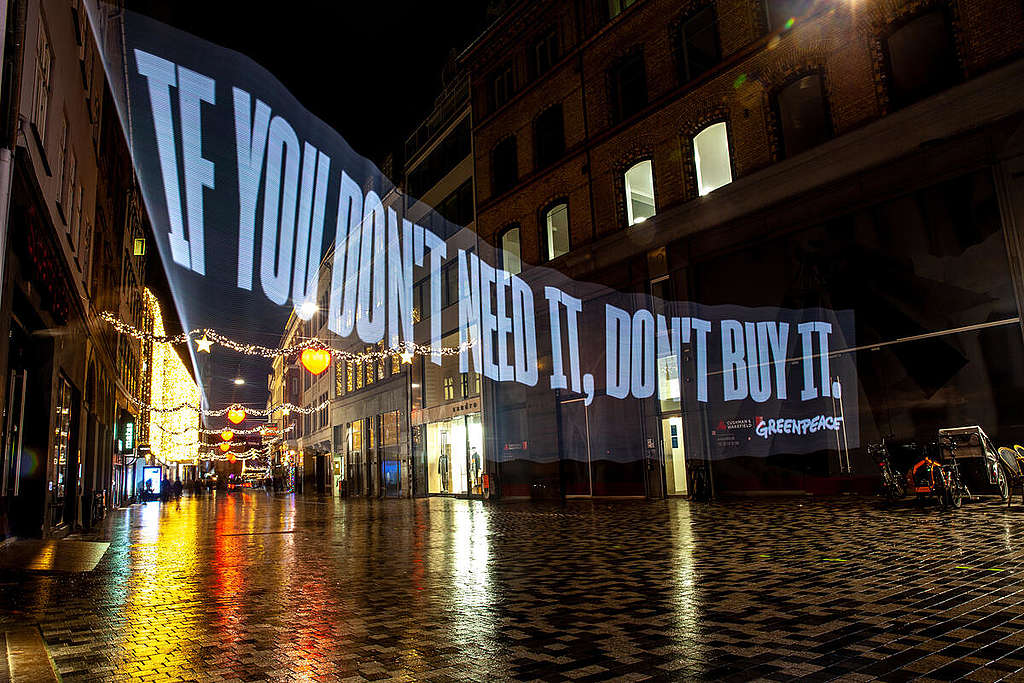 But who’s doing all the buying that’s creating these emissions? Perhaps unsurprisingly, it’s the richest people in the world. After the super rich 1% – the billionaires who are responsible for twice as many emissions as the poorest 50% – comes the top 10% – those who earn more than $23 dollars per day. (Most likely, this group, living in high income countries and emerging economies, includes you and me.) Together, this top 10% is responsible for 36 to 45% of the world’s greenhouse gas emissions.

Consumerism: From Bad to Worse

Overconsumption is cannibalising nature too, as urban areas encroach on agricultural land and forests, which in turn threatens our food supply. If urban expansion continues at the current rate, then by 2040, we’ll have lost as much food as the weight of 21 million trucks. 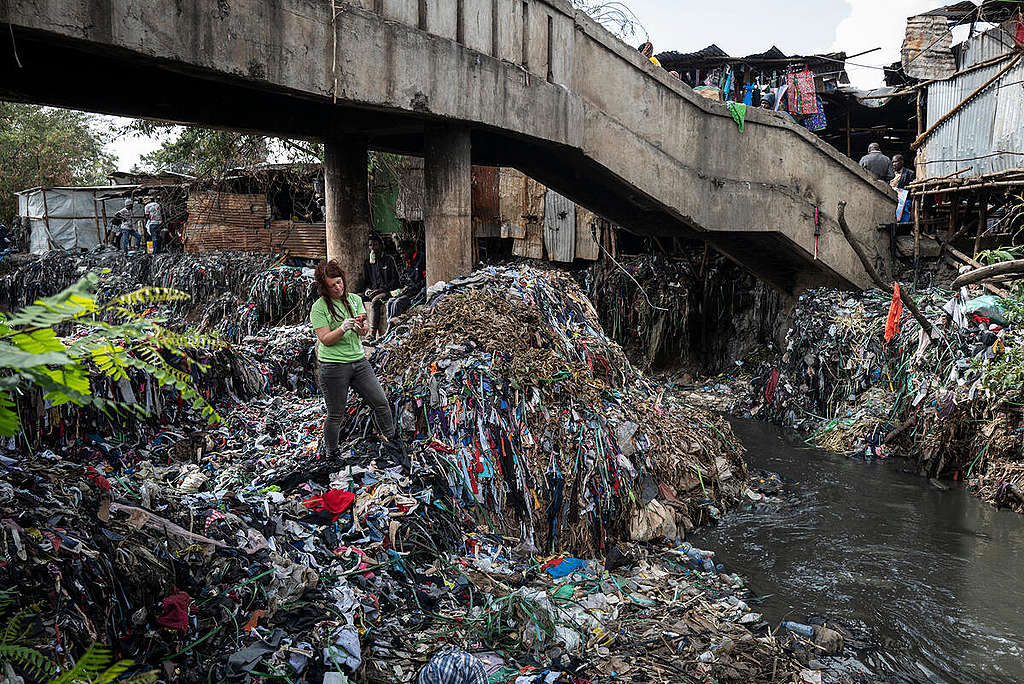 Used and new clothes are sent to Kenya from Europe and China to be sold as so called “Mitumba” but often they end up as landfill and waste disposal due to the huge amounts involved. © Kevin McElvaney / Greenpeace

What we can do: adopting a ‘low-carbon lifestyle’

As well as calling to charge a carbon tax on the super rich and phase out fossil fuels, the good news is that if the wealthiest 10% responsible for the lion’s share of planetary impact can reduce their consumption, we can lower greenhouse gas emissions globally by 40 to 70%. But cities and those who govern them play a critical role in achieving this. On a practical level, that means adopting ‘low carbon lifestyles’ where, for example, building systems of reuse and share, of repair and exchange. We can also actively shift to finding pleasure and shared enjoyment from experiences, not objects. Most of the items bought for short-term gratification on Black Friday will be quickly forgotten – the vast majority of goods will be used once and be discarded. 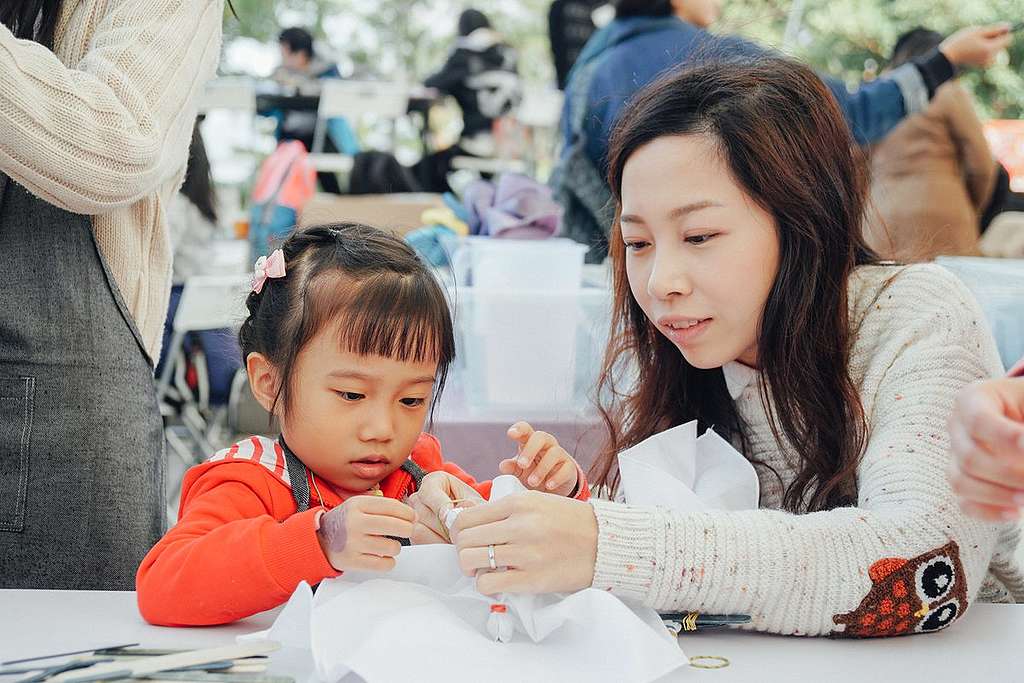 To fight overconsumption and wasteful shopping during the holiday season, thousands of makers around the world have joined Greenpeace for the MAKE SMTHNG week of action with workshops and events. © Patrick Cho / Greenpeace

So the real question is, how can I help my child, who is bombarded by brand advertising day in and day out? Banning or regulating commercial advertising, like some cities and governments are already doing, will help, but it’s also up to us as parents and guardians to try to show the young generations we care for that despite what they are being told, consumerism does not bring meaningful happiness. It’s not fun being the father that always says ‘no’ to shiny new plastic or electronic toys, but I hope the memories we share from doing things rather than buying things will teach my son that there is more to a happy life than a Black Friday bargain.

Alessandro Saccoccio is a campaigner at Greenpeace International, based in the Netherlands. 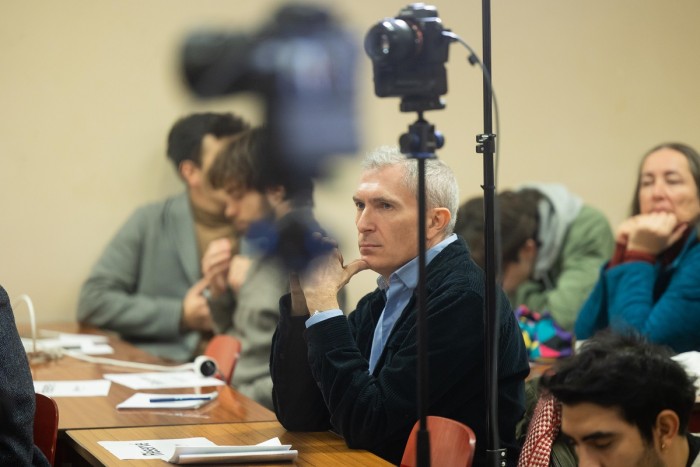 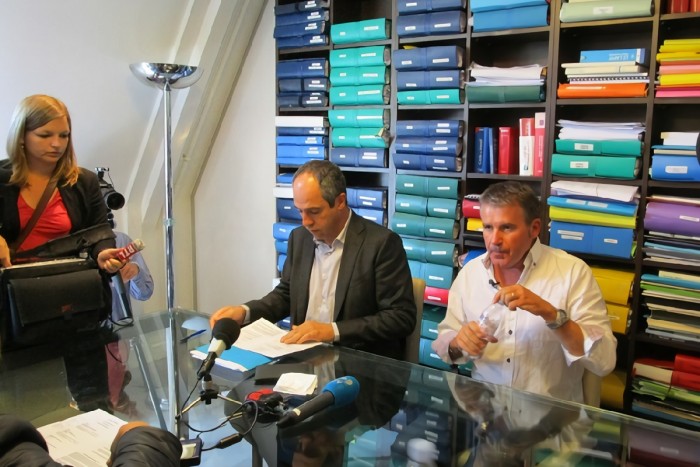 In Bolivia, Mercury Pollution Spreads Amid a Surge in Gold Mining