Media freedom faces a daunting range of challenges, from censorship and jailings to physical assaults and murder. As if this wasn’t enough, in this connected age, a whole new line of intimidation has opened up, with politicians and the powerful increasingly seeking to silence critical outlets by attacks in the digital space.

In a 2021 annual survey, 41.5% of MDIF-supported media organizations reported experiencing attacks in the past year

As the nature of repression changes, so do the challenges facing media organizations trying to navigate the attacks in a way that enables them to continue their mission of providing reliable news and information to their audiences. Independent media have to deal with brute-force attacks on their servers, as well as more sophisticated assaults on their social media presence and digitally-based legal challenges. As media production is becoming increasingly digital and ever more dependent upon technology, outlets can expect attacks to increase in intensity and creativity.

Over the past year, the Media Development Investment Fund (MDIF) has worked with more than 60 independent media in nearly 40 countries where press freedom is under threat, providing financing and management advisory to help them develop businesses strong enough to stay free from the control of politicians and oligarchs. Our work with a wide range of media gives us an insight into the myriad challenges media face, from the need to diversify revenue sources to home-working during the pandemic. Alongside these “legitimate” business challenges, many of the media we work with are routinely subjected to digital attacks simply for carrying out good journalism.

In recent years, we have seen these digital attacks growing in frequency, severity, and inventiveness. The popularity of some cyberattacks lies not only in their effectiveness at silencing unwanted coverage, but they have the added benefit of often being untraceable, with perpetrators hiding behind a veil of VPNs and so able to plausibly deny involvement. Other kinds of pressure in the digital space, such as cyber libel, are more transparent but also effective and easy to weaponize.

In a 2021 annual survey, 41.5% of MDIF-supported media organizations reported experiencing attacks in the past year, many of them in the digital space. Among the harassment our media partners experienced were cyber-legal attacks in the Philippines, spyware surveillance of journalists in El Salvador, criminal prosecution in Malaysia, and the hacking of social media accounts in Ethiopia. As we celebrate the World Press Freedom Day under this year’s theme “Journalism Under Digital Siege,” in this article we’ll look at how these attacks played out.

Press freedom in the Philippines has stagnated under the authoritarian rule of President Rodrigo Duterte. Under his direction, the government has moved against media that are critical of the administration in multiple ways, sometimes using regulatory agencies and licensing bodies for leverage. For example, in 2020 the Congress, most of which supports the President, refused to renew the franchise of the country’s biggest TV network, ABS-CBN, depriving millions of Filipinos of essential public interest reporting during the pandemic. Despite the hostile environment, a few independent voices remain, the most well-known of which is Rappler, founded by Nobel Peace Prize-winner Maria Ressa, who has been the focus of particular intimidation, with digital attacks supplementing analog prosecutions.

Ressa and Rappler are battling numerous legal cases, probes, and online attacks, with the founder facing decades in prison if convicted. The digital attacks have been personal – Ressa faces a constant barrage of hate-speech and misogyny, with an analysis of nearly 10,000 comments posted on her professional Facebook page revealing that for every supportive comment, there were 14 that attacked her – and the Rappler website has weathered multiple distributed denial-of-service (DDoS) attacks.

Cyber libel is also used to intimidate the news site, with well-known supporters of President Duterte bringing actions. In 2020, Maria Ressa was found guilty of cyber libel based on a complaint made by a well-known businessman in connection with Rappler’s reporting on his activities. This year, the President’s pastor, Apollo Quiboloy, and his associates have brought more than 20 complaints against Rappler journalists for their reporting on US charges against the pastor for sex trafficking offenses. Under this barrage of cyber-legal actions, Rappler’s resources are strained and its ability to fully focus on reporting is hampered.

El Salvador has seen one of the steepest recent falls of any country in Reporters Without Borders’ World Press Freedom Index, dropping from 38th position in 2013 to 112th this year. Independent media now face widespread violence and intimidation, and instead of providing support and protection against it, the government is frequently the perpetrator. Officials routinely harass and threaten journalists who try to investigate corruption or government finances, with President Nayib Bukele setting the tone by verbally threatening journalists he views as critical, blocking many of them on social media, and portraying them as enemies of the people. One of the most egregious attacks is the use of Pegasus spyware to hack the phones of at least 35 Salvadorean journalists, 22 of whom were working for leading digital news site El Faro. El Faro has been subjected to an array of government attacks for its reporting, much of it in response to its exposure of the government’s secret negotiations with the Mara Salvatrucha criminal gang, including multiple wide-ranging audits and false accusations of money laundering. El Faro editor-in-chief Oscar Martinez’s phone was infiltrated 42 times, while investigative journalist Carlos Martínez said hackers had spent 269 days inside his phone. The Salvadoran media and other observers insist that the government was behind the attack, though this is denied by officials, even as lawmakers pass penal reforms that will further gag the press and criminalize certain forms of reporting on gangs.

It looked like conditions for journalists in Malaysia would improve when, for the first time since independence more than 60 years ago, the ruling coalition lost its parliamentary majority in 2018 elections. But all this has gone into reverse since the former ruling coalition was restored to power in March 2020.

At the forefront of the landmark 2018 election was Malaysiakini, a digital innovator and the country’s leading source of independent political news and commentary for 20 years, whose even-handed coverage of the run-up to the poll and coverage of the counting helped ensure the fairness of the election. Perhaps this explains why, since the return of the ruling party, it has faced a number of prosecutions and other forms of harassment.

In 2021, Malaysiakini was found guilty in a contempt of court case over comments posted by readers that were deemed offensive to the judiciary. The case turned on five comments posted on the site, in which readers criticized the acquittal of previous chief ministers and the effectiveness of the courts and judiciary. Malaysiakini removed the comments as soon as they were brought to the news site’s attention. However, the court held that the news portal should have vetted the comments and ordered it to pay a fine of RM500,000 (US$124,000) within three working days. Facing a potentially crippling fine for alleged digital misdemeanors, Malaysiakini turned to the internet to find a solution. The outlet reached out to readers to help it crowdfund the fine, incredibly managing to reach its target in less than five hours.

Too often governments are leading the way in silencing media by digital attacks.

Following Prime Minister Abiy Ahmed’s ascent to power in 2018, for the first time in decades space for freedom of expression began to open in Ethiopia as the newly formed government released detained journalists and bloggers and restored access to more than 200 news websites and blogs which had been blocked for years.

But the Tigray War that began in November 2020 has led to the return of many regressive policies that have seen the arrest of journalists, a surge in hostile language towards the media, and an increase in self-censorship. There are also practical limits on reporting, with journalists’ access to the conflict in the north of the country largely blocked by the national government.

At times of conflict and disruption to mainstream channels, media need to engage with audiences on social media more than ever, not only to share information but also to provide a platform for debate. However, an increase in activity can attract the unwelcome attention of hostile forces.

The independent newspaper Addis Maleda and its sister magazine were recently targeted by hackers, who transferred the admin of their Facebook pages to a personal account under the hackers’ control. The hackers then posted content which intentionally violated Facebook’s community standards, triggering the suspension of Addis Maleda’s account for two months. MDIF worked with the newspaper to reach out to Facebook’s policy teams in Nairobi and Dublin to solve the issue and to have the account put back under their control and reinstated, but it was a lengthy and complicated process. Not only does this case show how easily social media accounts can be hijacked, it also highlights how inadequate the response of big tech companies can be.

While digitalization allows independent media to provide news and information to bigger audiences globally, it also presents their opponents with a wide range of vulnerabilities to exploit. Too often governments are leading the way in silencing media by digital attacks. Instead, they should be establishing clear laws to protect the press online and actively defending and promoting press freedom and people’s rights to freedom of expression. Big tech companies too have a vital role to play; they should provide greater security for independent media accounts and quicker, more responsive and transparent processes for recovering control of hijacked accounts. Until governments and big tech rise to their responsibilities, the scourge of digital attacks on media will, unfortunately, only grow.

This post was first published on the Media Development Investment Fund website and is reproduced here with permission.

Russia’s Attack on the Free Press: Insight and Survival Strategies from Meduza and Novaya Gazeta

Tips to Uncover the Spy Tech Your Government Buys

The Media Development Investment Fund invests in independent media around the world providing the news, information, and debate that people need to build free, thriving societies. 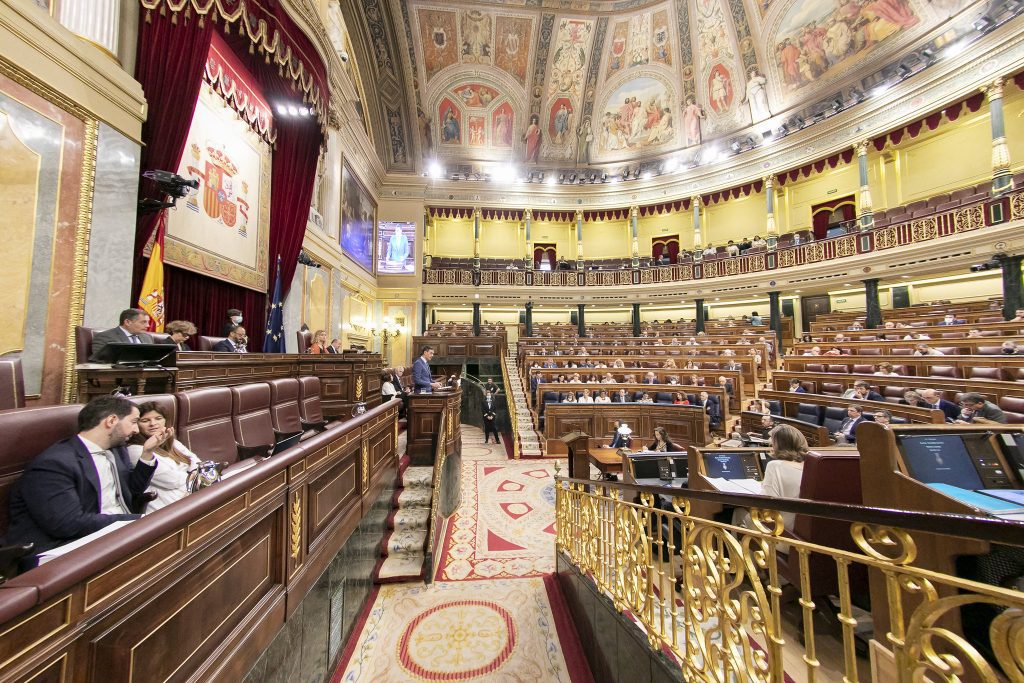