How we’re fighting the oil industry in the Argentine Sea

Despite constant protest from civil society, the Argentine state and the oil companies recently renewed their intention to move forward with the development of the offshore oil industry in the Argentine Sea. 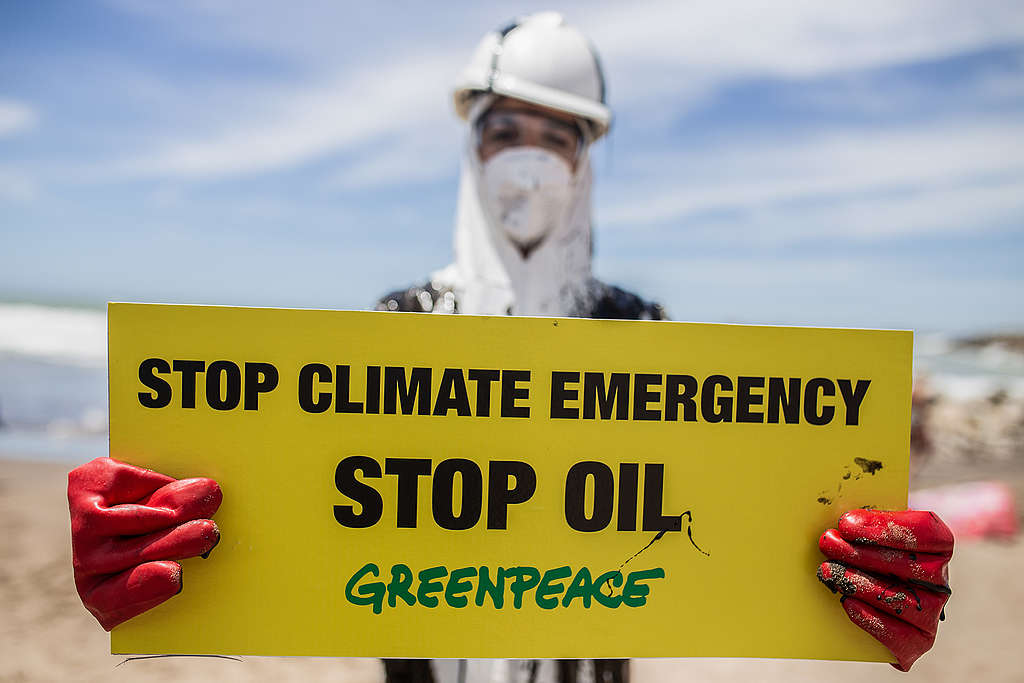 The Argentine Sea is a sector of the Southwest Atlantic Ocean that has an area of ​​about one million square kilometers. There, whales, dolphins, penguins and many other inhabitants are in danger due to the threat of an imminent activity that includes constant seismic bombardments, used to locate oil on the seabed.

If the destructive industry advances it would be disastrous for coastal communities and their livelihoods. Inevitably, oil spills would reach the beaches, affecting marine ecosystems and the economies of cities as well as tourism and other water activities that are closely linked to the quality of the water and the beaches. 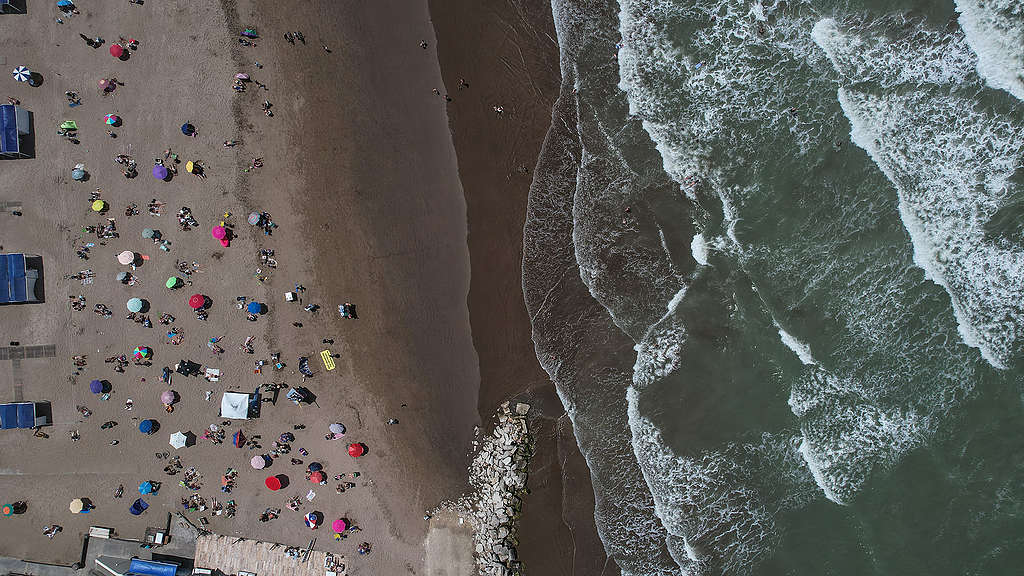 This project benefits no one but the corporations involved and promises only destruction.

The first results of the fight to defend the Argentine Sea
At the beginning of this year, many people and organizations said ENOUGH by taking to the streets and giving birth to what we now call the #Atlanticazo; demonstrations and public protests in Argentina and other countries against the proposed oil drilling have since multiplied. 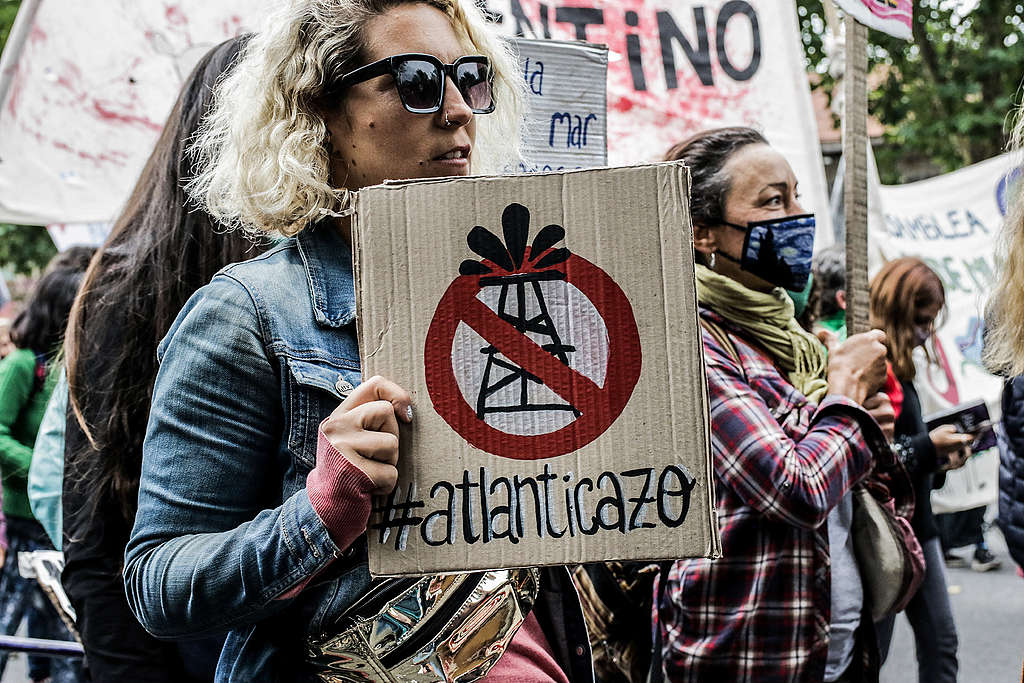 New marches in Buenos Aires, Mar del Plata and other cities of the Atlantic Coast in rejection of oil exploration in the Argentine Sea. © Florencia Arroyos/Greenpeace

In February 2022, Greenpeace Argentina and coalition partners obtained a suspension from the Justice department for the permits that the Ministry of the Environment of the Argentine Nation had given to Equinor in December 2021, to carry out seismic explorations in the Argentine Sea, effectively delaying oil activity in the sea for several months.

Meanwhile, defenders of the oil industry continued with their false messaging that oil activity would bring prosperity to the affected communities. This August, the National Ministry of the Environment in Argentina published a resolution again approving the new Environmental Impact Assessment of the Equinor company to advance with its offshore projects in the Argentine Sea. 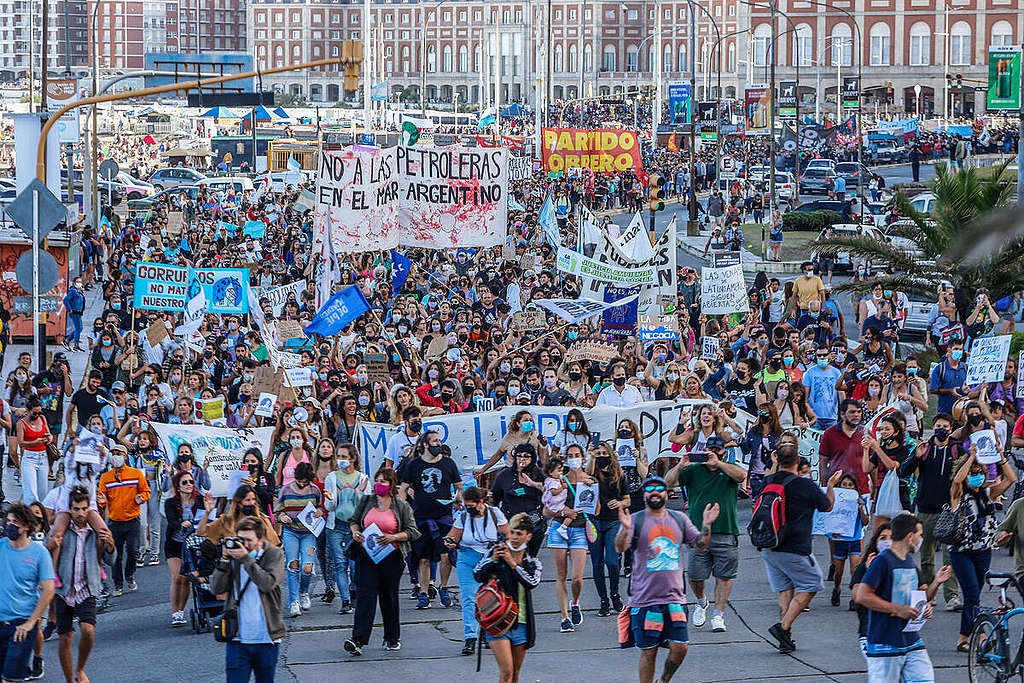 Multitudinous marches took place in Buenos Aires, Mar del Plata and other cities on the Atlantic Coast in rejection of offshore oil exploration in the Argentine Sea. © Diego Izquierdo / Greenpeace

Equinor: the villain of the oceans
Equinor, the Norwegian state oil giant, is the company responsible for the advancements of oil projects in Argentina. And they’re not stopping there: the company also has plans for the Barents Sea in the Arctic Ocean and the Bay du Nord in Canada.

Understandably, concern in Argentina is high. Greenpeace Argentina recently presented a report, compiling the incidents and accidents at Equinor (former Statoil), in Norway, its country of origin, and in Brazil, where it has been operating for a decade. Oil spills, leaks of hydrocarbons, failures in the facility maintenance were amongst the findings.

Even more dangerous and concerning is an overlap between the blocks that Equinor plans to exploit and the migration patterns and feeding grounds of elephant seals, penguins and the Southern Right Whale, an iconic and protected species, proclaimed a national monument in Argentina. 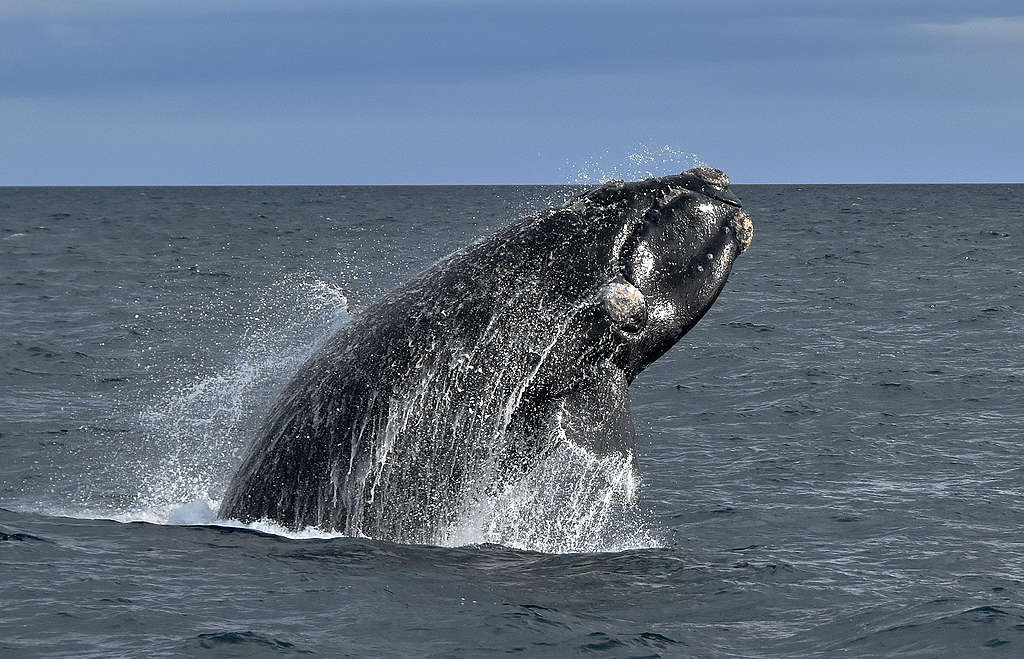 Greenpeace Argentina has campaigned for more than 2 years strongly condemning these plans through an international claim and joint legal actions (a precautionary measure) with allied organizations and communities.

So does this mean that Equinor’s oil activity can start now?
Not quite yet. Until the Federal Justice lifts the current precautionary measure in place, the activity continues to be suspended. 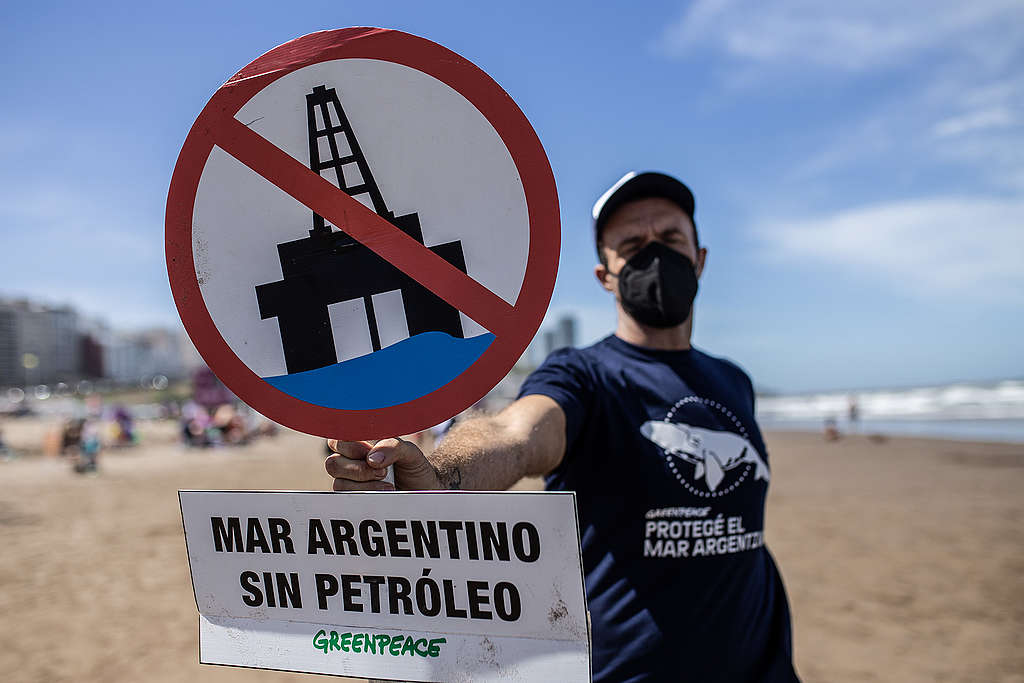 However…
This latest resolution exposes the plans of the Argentine government to continue investing in fossil fuels, and therefore deepen the climate crisis with misleading promises of development.

Additionally, the resolution does not comply with the precepts of the Escazú Agreement. Escazú is the first environmental law treaty in Latin America and the Caribbean, to which Argentina adhered to and governs by law at the national level, promotes the rights of all people to access environmental information, to public participation in decisions that affect them, and to guarantee access to environmental justice. 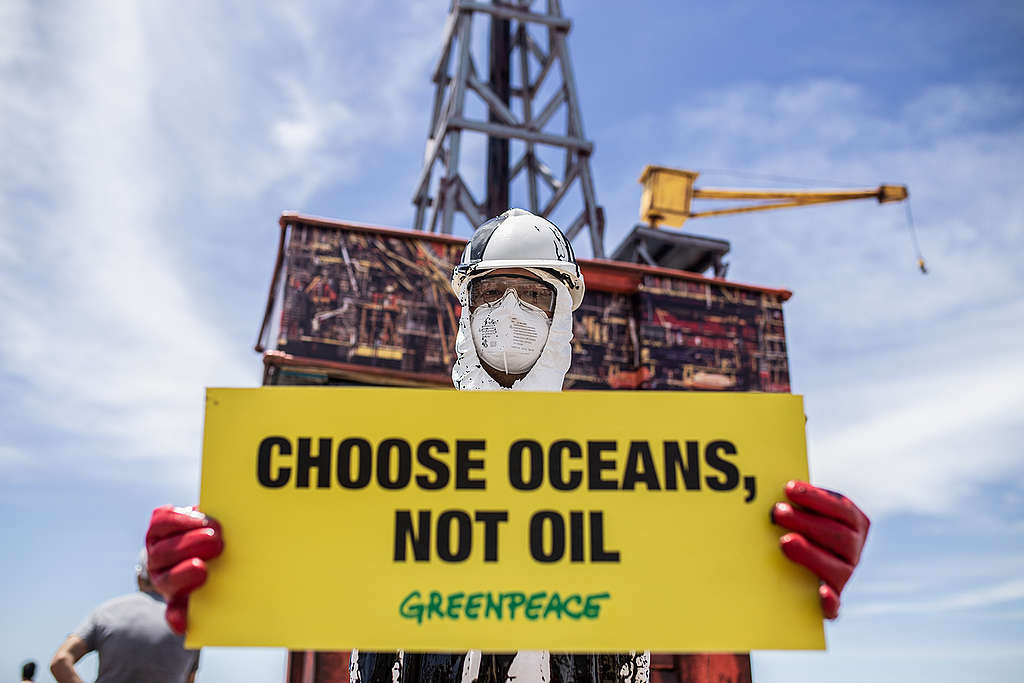 How do we continue with the campaign?
The resolution is a violation of Argentine rights so Greenpeace Argentina submitted a letter to the Justice department demanding that the newest resolution be annulled and that the suspension remains in force.

The Ministry of the Environment is ignoring the laws that protect our rights. Citizen participation is a human right and a tool for protecting the environment. It is vital that the precepts of the Escazú Agreement be fulfilled so that the right to participation stays guaranteed.

Greenpeace will continue working so that the rights of citizens are respected and public protest will continue against the expansion of fossil fuel extraction and production until we achieve a definitive no to seismic exploration and oil exploitation in the Argentine Sea.

Laura Colombo is the Digital Engagement Coordinator for Greenpeace Argentina.