“Junior republics,” a unique concept in the history of American childhood

The invention of philanthropist William R. George, the “junior republic” was mostly occupied by impoverished or immigrant teenagers from New York City, acting as politicians, judges, police officers, journalists, and other workers, in their own separate civic world. George thought this would instill American democratic values in Freeville’s young residents.

“This interesting experiment seems to work well, and a visit to Freeville rivals in sociological interest that to Ellis Island,” the Baedeker’s guide stated.

Indeed, “George’s idea caught on like wildfire,” says MIT Professor Jennifer Light. Soon junior republics were springing up around America, with modified versions introduced into schools, playgrounds, and settlements. In an era when popular entertainment included “living villages” — reconstructions of settings from Cairo to Native American encampments, complete with their inhabitants — Americans were enchanted by the concept of a participatory virtual experience of adult life for kids.

Now the junior republic movement is the subject of a new book by Light, “States of Childhood: From the Junior Republic to the American Republic, 1895-1945,” published this month by the MIT Press. In it, Light — who is the head of MIT’s Program in Science, Technology, and Society; the Bern Dibner Professor of the History of Science and Technology; and a professor in MIT’s Department of Urban Studies and Planning — illuminates the history of this influential but forgotten movement and reminds us that, long before the invention of computing, Americans were intrigued by the educational possibilities of virtual worlds.

“George lived at a time when many kids were still part of the labor force, but reformers were pressing to send them to school and adult-supervised recreational activities instead,” Light says. “Junior republics offered a middle ground where they could role-play adult jobs inside child-only settings to prepare for their future lives.”

A reform-minded businessman working in New York City, George founded a “fresh air camp” in Freeville in 1890. Five years later, he gathered 150 young people to start the full junior republic, with limited adult supervision. The participants passed laws, debated women’s suffrage — George was ambivalent about the idea, but thought it was good for girls to anticipate it — and created an elaborate simulacrum of civic life that included a currency system and hotels like “the Waldorf,” named after New York City establishments. George cultivated attention, receiving what Light calls “overwhelmingly positive” reviews from journalists and public officials.

Freeville soon generated imitation villages — and even more related programs in schools. A friend of George’s named Wilson Gill developed “school republics” in New York City classrooms. These patterned student governments after local governments — with mayors, police, and street cleaning departments — and emphasized that what mattered most for kids was the role-playing experience, not their environment. That meant junior republics did not all have to be built anew, and many programs focused on creating a “double life” for kids to enjoy adult-like experiences while being protected from actual adult life.

This focus on role-playing also meshed with the ideas of some prominent thinkers. Psychologist G. Stanley Hall, an admirer of George, emphasized in his work how much children at play are imitative of adults; the famous educational theorist John Dewey, who advised Gill, was an advocate of “learning by doing.” All told, this constellation of views enhanced the popularity of the junior republic concept, in any physical form. If kids loved to pretend they were adults, the thinking went, why not turn their play into an educational experience?

“It was a challenge to get independent republics going,” Light observes, “so after 1900 the main trend was for schools and youth-serving institutions to integrate republics into their programming. They were incredibly popular.”

“We conventionally understand the transformation of childhood to be a straightforward story of kids being removed from the labor force and public life,” Light says. “But many of these programs assigned kids to keep order in public streets! And, there was tremendous economic value in role-playing of all kinds, even as people called it educational or recreational.”

Just as women’s work was (and is) often unpaid, Light notes, a similar dynamic unfolded with kids, well into the 20th century. “There are some interesting parallels to the digital economy as well. On platforms like Facebook it’s users who generate economic value, but we call this having fun rather than work, and don’t expect to get paid.”

The junior republic movement outlasted George (who died in 1936), but eventually lost momentum. As Light observes, the rise in material wealth in the U.S., a shift to consumer culture, and the expansion of mass media changed how children played.

“Film, radio, and television became increasingly central in kids’ lives,“ Light says. “Educators turned away from role-playing to adapt these newer technologies to their learning objectives.”

Today, Light says, “Nobody has heard of the junior republics.” Still, she notes, their legacy has endured: “Student newspapers, teen courts, Model United Nations, and Boys and Girls State — all these things had ties to the republic movement.”

And we still encounter discussions about simulation and learning that resemble those from a century ago, Light notes. Today those questions may surround things like online activites and the gamification of learning, but they are not new.

“It’s fascinating to discover a national conversation about the educational possibilities of role-playing and virtual worlds that’s 125 years old,” she says. 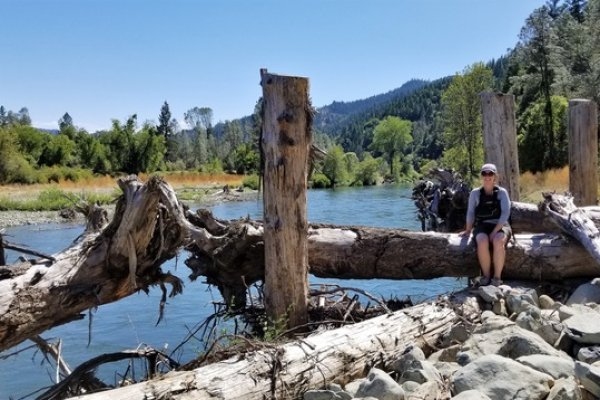 In nome della solidarietà climatica, ritornano i Fridays for Future