Launch events for Earth for All: A Survival Guide for Humanity

Earth for All: A Survival Guide for Humanity (September 2022), is a unique book. For the first time, it presents the results of a remarkable two-year broad-minded research collaboration, Earth4All.  Earth4All brought together many of the world’s leading economic thinkers and system dynamics scientists to explore two scenarios for this century: what if the world makes incremental efforts to deal with existential crises, or, what if the world embarks on bold economic strategy to achieve prosperity for on a liveable planet.  Over the coming months there are a number of launch events planned, highlights of which are detailed below.

Four of the authors of Earth for All will take part in a press conference at the German Haus der Bundespressekonferenz. Sandrine Dixson-Declève, Jorgen Randers, Johan Rockstrom and Per Espen Stoknes will discuss 50 years since The Limits to Growth and the possible options we can take now to achieve wellbeing for all within planetary boundaries.

Please note attendance is only possible for journalists registered with the Bundespresskonfernz or Vereins der Auslandspresse in Germany.

The Limits to Growth 50 Years On: Where Do We Stand Today and What Can We Learn For Current Policies?

In partnership with Forum for a New Economy and SPERI, this symposium will examine the impact The Limits to Growth report has had and whether its message has been contradicted by reality as often argued, the empirical data we have on the compatibility of economic growth and environmental sustainability, discuss whether new approaches beyond the old fundamental question could serve as a bridge between the camps, and dig deeper into the question what the post-growth concept would mean for public budgets or innovation in the economy.

Earth for All published in German

The German version of the book is available via the following links: https://geni.us/Earth4AllDE and https://www.oekom.de/buch/earth-for-all-9783962383879

Club of Rome Honorary President, Ernst von Weizsäcker will join Switzerland’s most comprehensive economic summit on sustainability. The summit brings inspiration, knowledge and networking to representatives from business, politics, science and civil society who decide, implement and drive innovation. Von Weizsäcker will discuss sustainable development for our planet and the pathways presented by Earth4All.

Thursday 8 September
Linz, Austria
Programme and registration via this link

As part of the Ars Electronica Festival, the Austrian Chapter of the Club of Rome are organising an event to present Earth for All: A Survival Guide for Humanity – a new report to the Club of Rome.

Keynote speakers are former Club of Rome co-president, Ersnt von Weizsäcker and the Club of Rome Program Director Till Kellerhof. A panel discussion entitled Earth4All draws 5 viable pathways – Where are we & how to continue on a local level? will include Earth for All author Jayati Ghosh.

Monday 12 September
University of Exeter, Exeter UK
Programme and registration via this link

This meeting is a ‘call to action’ to form an alliance to improve warnings of the proximity of catastrophic climate tipping points and to accelerate positive tipping points to avert the climate crisis. The programme will cover the latest developments in both negative and positive tipping points, at scales from local to global, and from theory to practice. Partners include PIK- Potsdam Institute for Climate Impact Research and Exeter University.

The event is co-covened by Johan Rockström, coauthor of Earth for All: A Survival Guide for Humanity.  The Club of Rome co-president, Sandrine Decléve-Dixson will join a plenary entitled The great tipping points debate, and  Club of Rome member Kate Raworth will join a plenary session titled Are we in danger of runaway global warming? What can we do about it together?

In partnership with Project Everyone, Earth4All contributors will join climate leaders and decision makers at the Goals House in New York to open a week of events about our common future. Per Espen Stoknes, one of the project leaders of Earth4All, will present the policy recommendations outlined by the 2-year research project.

Earth for All published in English

The English version of the book is available at the following links: https://geni.us/Earth4AllDE and https://newsociety.com/books/e/earth-for-all

Health and Wealth of our Planet

This event, organised by Techonomy, will focus on the new urgency for businesses to factor in sustainability. This one-day event will lay out the big picture and ask what it means for policy, for geopolitics, for business strategy, for climate tech, for conscious consumption, and for investing in the age of ESG.

Earth4All: Five extraordinary turnarounds to secure a safe, secure and prosperous future for all on a healthy planet

Co-hosted by the Permanent Mission of Spain to the United Nations, the Potsdam Institute for Climate Impact Research, the Stockholm Resilience Centre, the Norwegian Business School and The Club of Rome, this 2 hours Science Summit event will gather climate scientists, development economists and decision-makers to discuss the policy options we have in front of us in the next decade to accelerate change in the light of the need to secure wellbeing for all within planetary boundaries.

Confirmed speakers include Earth for All authors Per Espen Stoknes, Owen Gaffney, Sandrine Dixson-Declève and Jayati Ghosh, as well as Teresa Ribera, Deputy Prime Minister for the Ecological Transition, Government of Spain, and Dr. Yasmine Fouad, Minister of Environment of the Arabic Republic of Egypt.

Earth4All: a plan for the future

Coauthors of Earth for All will join this  We Don‘t Have Time live broadcast to present the five extraordinary turnarounds needed to achieve wellbeing for all within planetary boundaries. Owen Gaffney, Johan Rockström and Jayati Ghosh (speakers to be confirmed) will introduce scenarios for the future and the policies and commitments we need from leaders in order to move towards a future of wellbeing for all. This solutions-focused session will also be a reminder that the fight is not for numbers and figures but for the livelihoods in dignity and wellbeing of current and future generations.

Event with Project Everyone

With only 8 years to go until the deadline of 2030 and having not met for three years, the 193 Member States of the United Nations will once again gather at the UN. With a focus on the UN Sustainable Development Goals, the Goals House will investigate solutions for the future. Earth4All speakers will take the stage to present the conclusions and policy recommendations in front of an audience of decision makers and industry leaders from around the world.

(Speakers to be confirmed)

On Friday 23 September, millions of citizens from the globe will join in on a Global Climate Strike organised by the youth-led organisation Fridays For the Future, under the banner #PeopleNotProfit.

Earth4All contributors and supporters will rally this call for an economic system that works for people’s wellbeing. Join us. Make signs -use our policy recommendations. Support us in making this message as strong as possible for decision-makers.

This event marks 50 years since The Limits to Growth was published and will commemorate lead author and Donella Meadows. Speakers include Club of Rome Co-president and Earth for All author Sandrine Dixson-Declève, and Bill McKibben founder of Third Act.

Nobel Prize Teacher Summit: Creating a movement of minds, hearts and souls to upgrade our economies

The Nobel Prize Teacher Summit is an international teacher conference where teachers from over 30 countries meet Nobel Laureates, top scientists and peace activists to discuss a theme of great importance in education.

This year, Earth4All project lead and modeller Per Espen Stoknes is invited to give a talk at the assembly. The talk, “Creating a movement of minds, hearts and souls to upgrade our economies” will focus on overcoming the fatalism, anxiety and the helplessness many feel in the face of global climate disruptions, and instead, provide proper tools and narratives to doers: we need a new story of how to restart the economic system. One that is inclusive and engaging.

In collaboration with the all party Parliament Group (APPG), The Club of Rome will launch the Earth for All: A Survival Guide for Humanity at the House of Lords.

The post  Launch events for Earth for All: A Survival Guide for Humanity  appeared first on Club of Rome. 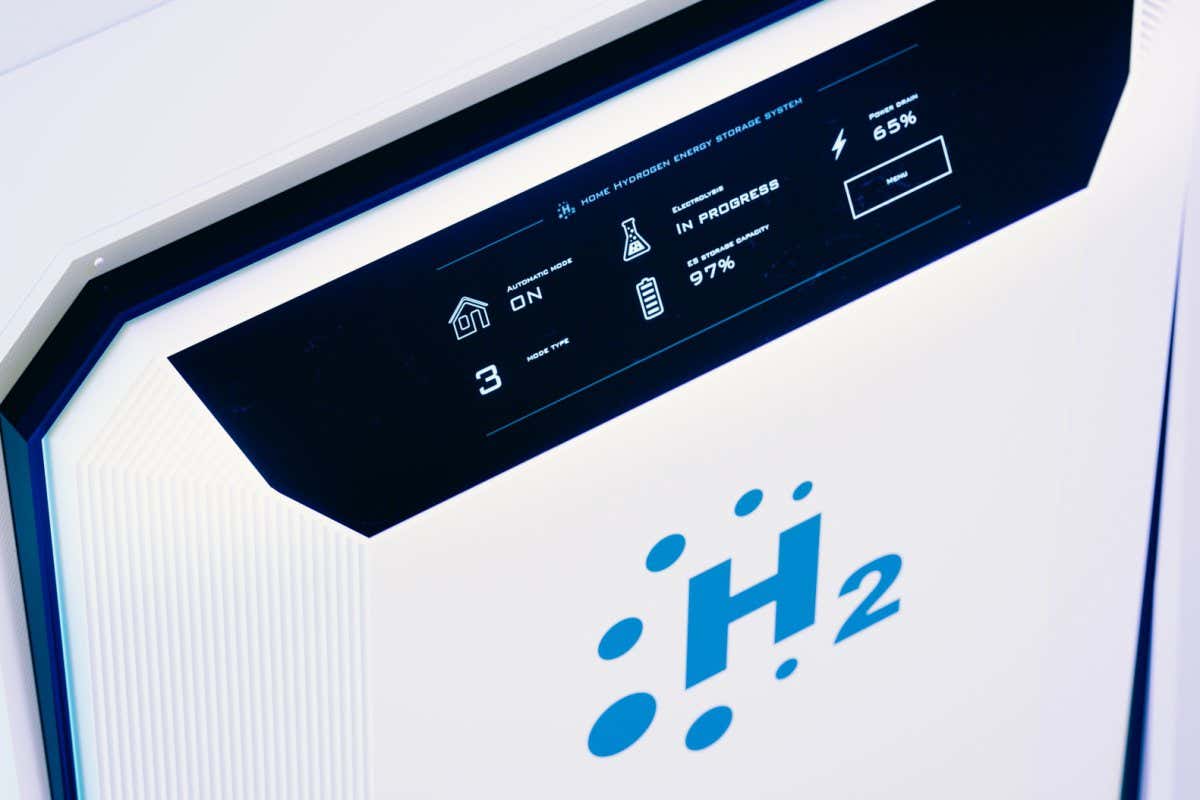 Studying hurricanes at sea to save lives on shore 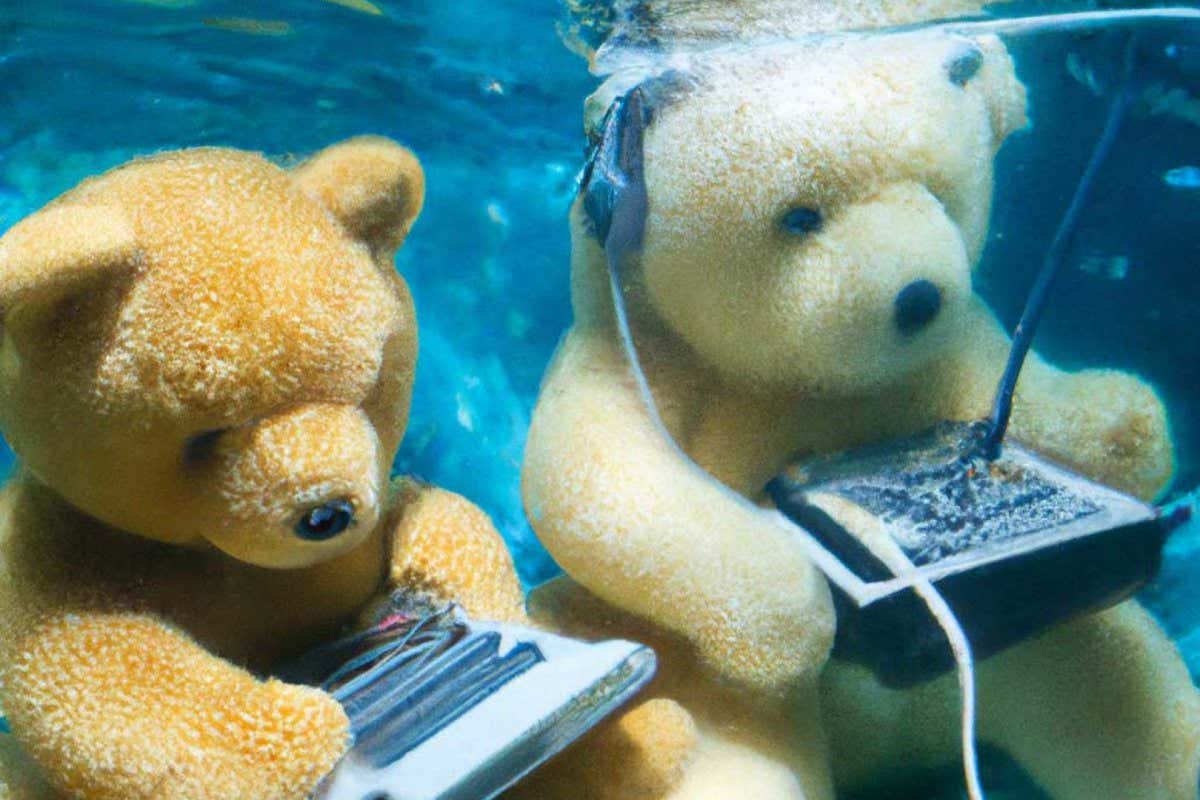 Who should own the copyright on AI-generated artwork?