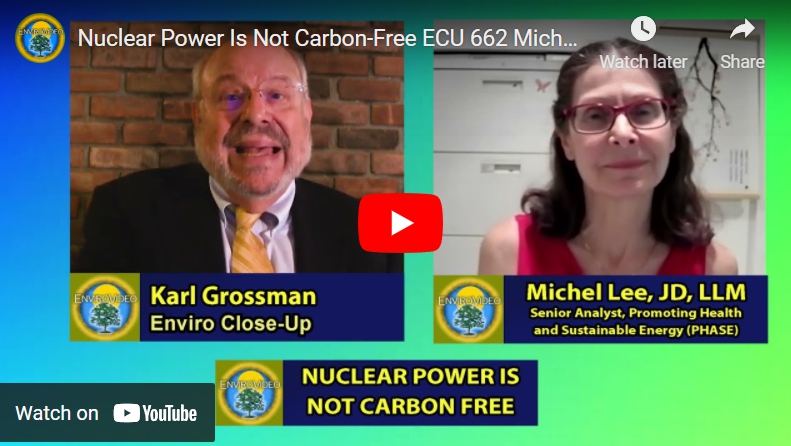 The nuclear fuel cycle—which includes mining, milling and enrichment of uranium—is carbon intensive, she notes. And nuclear plants emit Carbon-14, a radioactive form of carbon with a half-life of 5,700 years.

Nuclear power “is an extremely ineffective way to deal with climate change,” says Lee. She says media accepting it as carbon-free and an answer to climate change are doing “reporting of press releases.” Further, she tells of how the nuclear industry “would shrivel up and die without subsidies” from government.” She speaks of environmental justice and how nuclear power “has left an astonishingly horrific legacy on uranium-mining communities, in the United States mostly Native American communities,” and minority communities are being “targeted” for nuclear waste. She states: “Nuclear is particularly poorly suited to democracy.”

'When people are grieving after a farm accident, it's so important to talk to them' - Independent.ie