THE GLOBAL MAP - There is a Fact ignored by traditional leftists, environmentalists and some "antinuclear" greens influenced by oldest views of global events and facts. But... Despite of certain zombie points of view (and in an advanced state of decomposition), capitalism and its immanence on a planetary scale materialistically reveals a WELL OTHER market reality.

In 2011 RNA (www.nonukes.it) published a Map of The Global Presence of Rosatom - The publication was contested, especially on social media, as a "hoax", or "false news". All this despite the fact that the original source (easily verifiable) was the Russian Multinational. 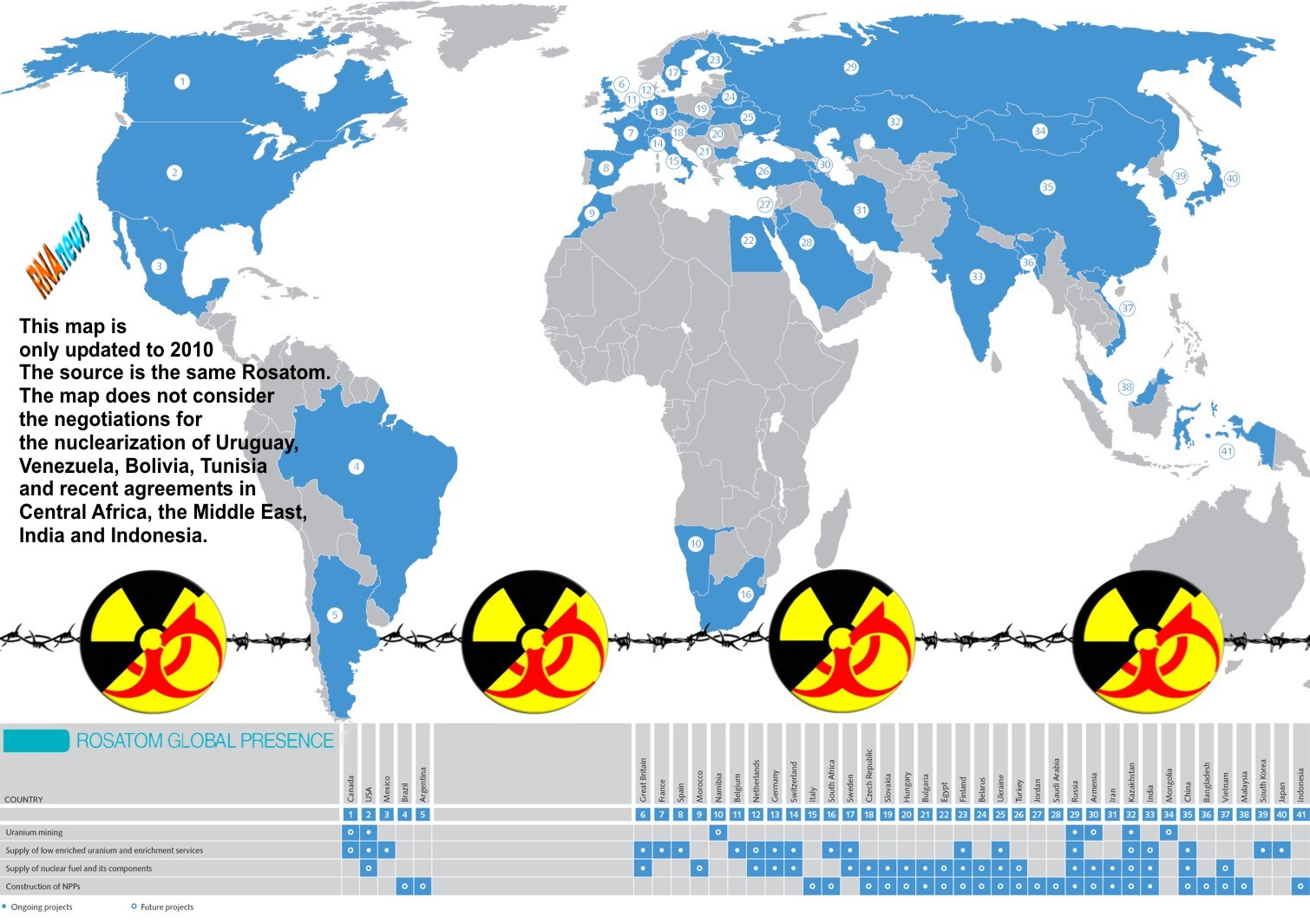 In reality, what really bothered some drunken protesters against that publication was the emerging fact that challenged the zombie vision that sees the American one as the only dominant reality of imperialism (a scullery vision that was spread with post-Stalinist Leninism). Actually, if you take this mythology away from them ... it's practically like depriving them of everything they have clung to for over half a century.

Rosatom is a leading actor in the global nuclear technology market in all nuclear sectors in the world (USA included!). 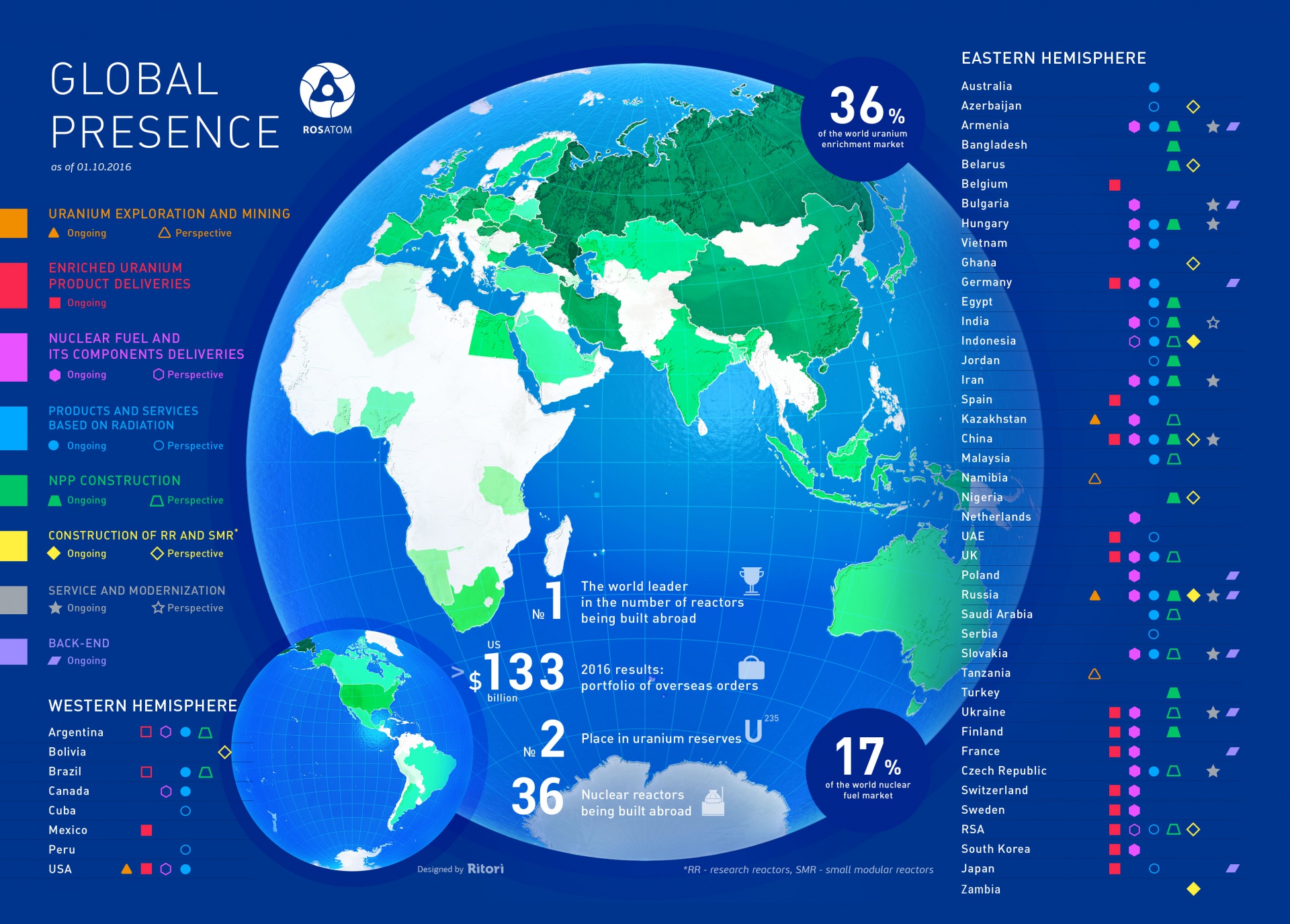 As you can see from the maps, there is not only NPP construction and infrastructure in Russia but also "in foreign customer countries" all over the planet. 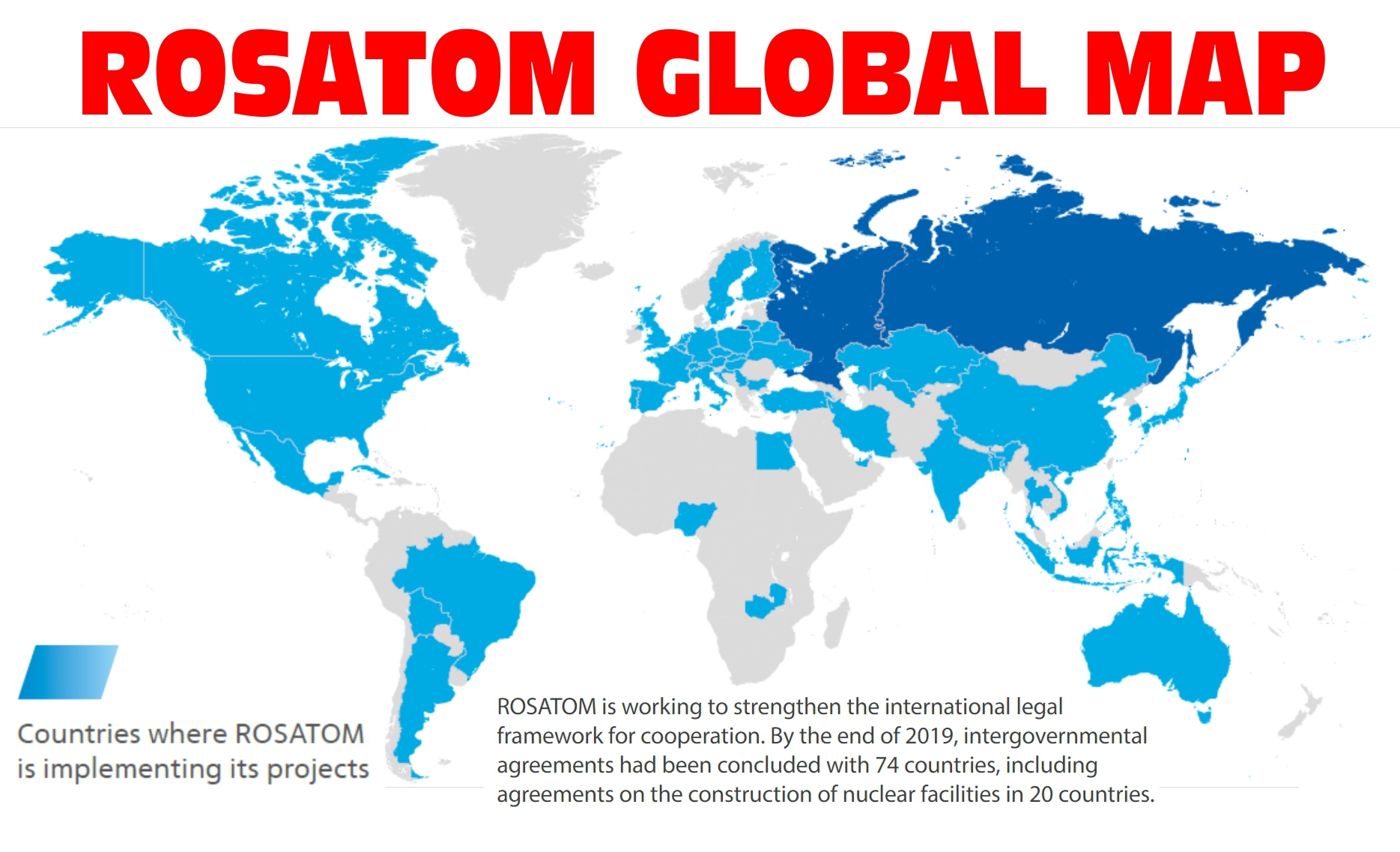 Looking at the official web source of Rosatom, between the understandable commercial propaganda and self-celebration of its dominant position worldwide (in comparison it must be admitted that the American multinationals as well as the French ones on the nuclear market are going through a devastating crisis) the implication and the reference to any military sector is missing: as by propaganda, the Russians prefer to wear the "ecological" guise that gives us nuclear power as a "green" and "peaceful" solution.