Support for legislation overhauling military sexual assault policies has reached new levels in the Senate, and the measure's sponsors say this is a prime example of how Congress can channel bipartisanship.

"The give-and-take process that we went through to arrive at a solution that has gained the support of 61 cosponsors, this is a template. We want Americans to see that bipartisanship is alive and well," Sen, Joni Ernst (R-Iowa) told CBS' John Dickerson. "It takes friendships. It takes a lot of discussions. And certainly a partnership and finding partnership through that collaboration. This is what the rest of Congress should be doing at a time like this, too."

Ernst recently crossed the aisle to join forces with Sen. Kirsten Gillibrand (D-N.Y.), who has spent years pushing to change how the military handles sexual assault and other serious crimes.

On Thursday, Gillibrand announced that the legislation — which would remove the decision to prosecute major crimes, such as sexual assault, from military commanders and shift that authority to experienced military prosecutors instead — now has 61 cosponsors. This means that the legislation can clear the Senate's 60-vote threshold to break a filibuster and secure a vote. The measure could also be tied to the Senate's upcoming defense bill.

Gillibrand specifically cited the 2020 murder of Army Spc. Vanessa Guillen by another soldier at Fort Hood in Texas, where she had previously reported being sexually harassed.

"What also recently happened was there was a reporter out of Fort Hood because a young woman named Vanessa Guillen was murdered," Gillibrand said. "And they did a review of what that place was like and they found it to be a toxic climate — so toxic that sexual harassment and sexual assault was not only rampant, but it was a permissive atmosphere for that type of behavior."

Some have expressed concerns about these measures, arguing that moving out of the chain of command could undermine a commander's ability to hold their troops accountable.

"Well, that has been my concern in the past," Ernst said Sunday. "And certainly we want commanders to have control over their units and the soldiers or airmen or Marines or sailors within those commands."

She added that is will still be up to the commander to take these actions and make changes within their command, and that if they're seeing bad behavior in their unit, they have the opportunity to fix it.

"However, it will have absolutely the effect that we are hoping for, which is that it will go to a specialized prosecutor that will then be able to evaluate if that case moves forward or not. The commander still has the opportunity to discipline within the unit and create a much better positive command climate."

Gillibrand also noted that turning these decisions over to a "trained, unbiased military prosecutor" accomplishes two goals: 1) It involves prosecutors who are better equipped to choose which cases they can take to trial and whether they'll be successful; and 2) The prosecution won't come down to a matter of protecting one individual over another based on who they know or how valuable they are to the unit.

Gillibrand hopes that this will allow more professionalism in the process and also encourage victims to come forward more often. 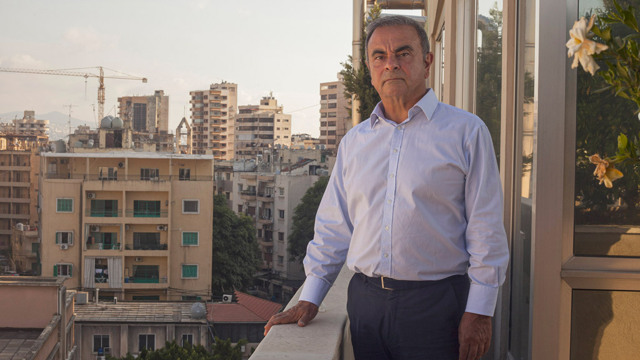