To fight the climate crisis, we need our forests standing

The clock is ticking. The world has already warmed 1.2ºC since pre-industrial times. Yet, countries and companies continue making empty promises and pledges that don’t meet the urgency of the climate crisis. 2050 this, 2030 that. To avoid the worst effects of the climate crisis, world leaders cannot waste any more time.

We also cannot afford to lose any more forests to industrial agriculture. 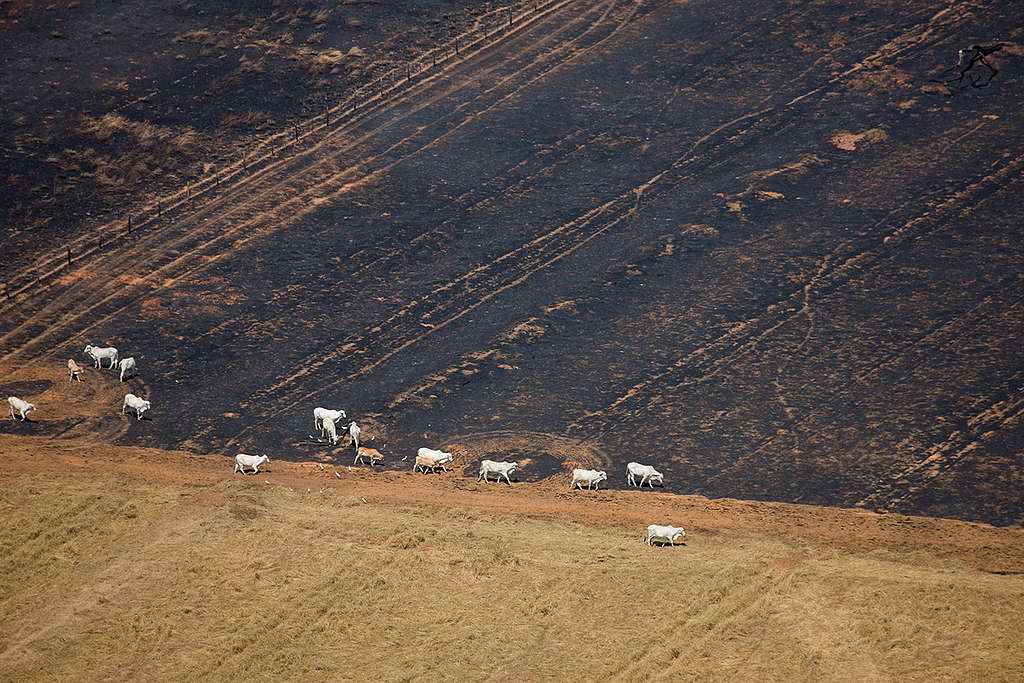 Cattle graze in a recently burnt area in the Amazon. © Greenpeace / Daniel Beltrá

When we think about carbon emissions we often think of oil drilling, smokestacks billowing, and coal burning. What we also need to consider is the way that environmental degradation such as deforestation also contributes to those emissions, as well as reduces the planet’s ability to capture and store carbon. In order to better understand how human activities create and perpetuate the climate crisis, we must think about the impact of adding carbon to the atmosphere alongside the impact of reducing the planet’s ability to store it.

By taking such a holistic view, we get a clearer picture of who is driving the climate crisis as well as what climate action is needed.

A new analysis by Carbon Brief has listed the ten biggest polluting countries in the world and how much they have contributed to the current situation of the planet. What’s new in the study is the inclusion of emissions from deforestation and land use, which has bumped offending countries like Brazil up in the list.

Brazil is a country that has always been proud of its clean energy grid — mostly coming from hydroelectric power. However, not accounting for the carbon emissions from the destruction of the Amazon and other vital ecosystems — and from industrial agriculture — in the country is deceiving. Based on the new analysis, Brazil is the fourth most carbon-emitting country in the world. Yet, each year that passes, we see more and more forest destruction. Since the right-wing president Bolsonaro took office, deforestation in the Amazon has exploded, with an area of forest the size of 3.300 soccer fields being wiped out every day.

The emissions from clearing out forests are not the only threat deforestation poses to the global climate. Along with the oceans, forests are a major source of uptake of global emissions. That means we need the forests standing to capture the carbon we’re releasing into the atmosphere.

In fact, a recent study pointed out that, because of the high rate of deforestation, the Amazon might be releasing more carbon than it’s storing. 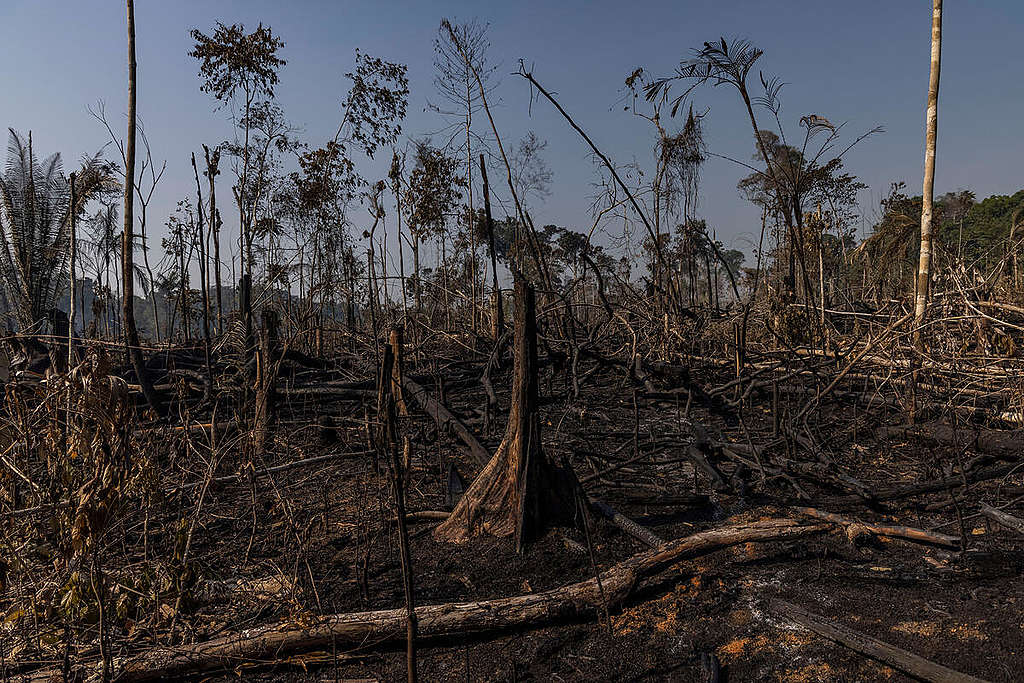 When our forests are destroyed to make way for industrial agriculture, we’re losing a vital ecosystem that keeps our planet cool, and in addition to that, the land becomes a huge contributor to the climate crisis. 19% of global greenhouse gas emissions come from animal production, including livestock feed, and almost half of that comes from methane – the second largest contribution to the global increase in temperature.

We urgently need action from companies and governments to not only put an end to our toxic relationship with the fossil fuel industry but also to end our addiction to animal products. Destroying the Amazon — and other forests around the world — is a threat to biodiversity, Indigenous Peoples’ lives and to the global climate. To stand a chance against the climate crisis, we need the forest standing. 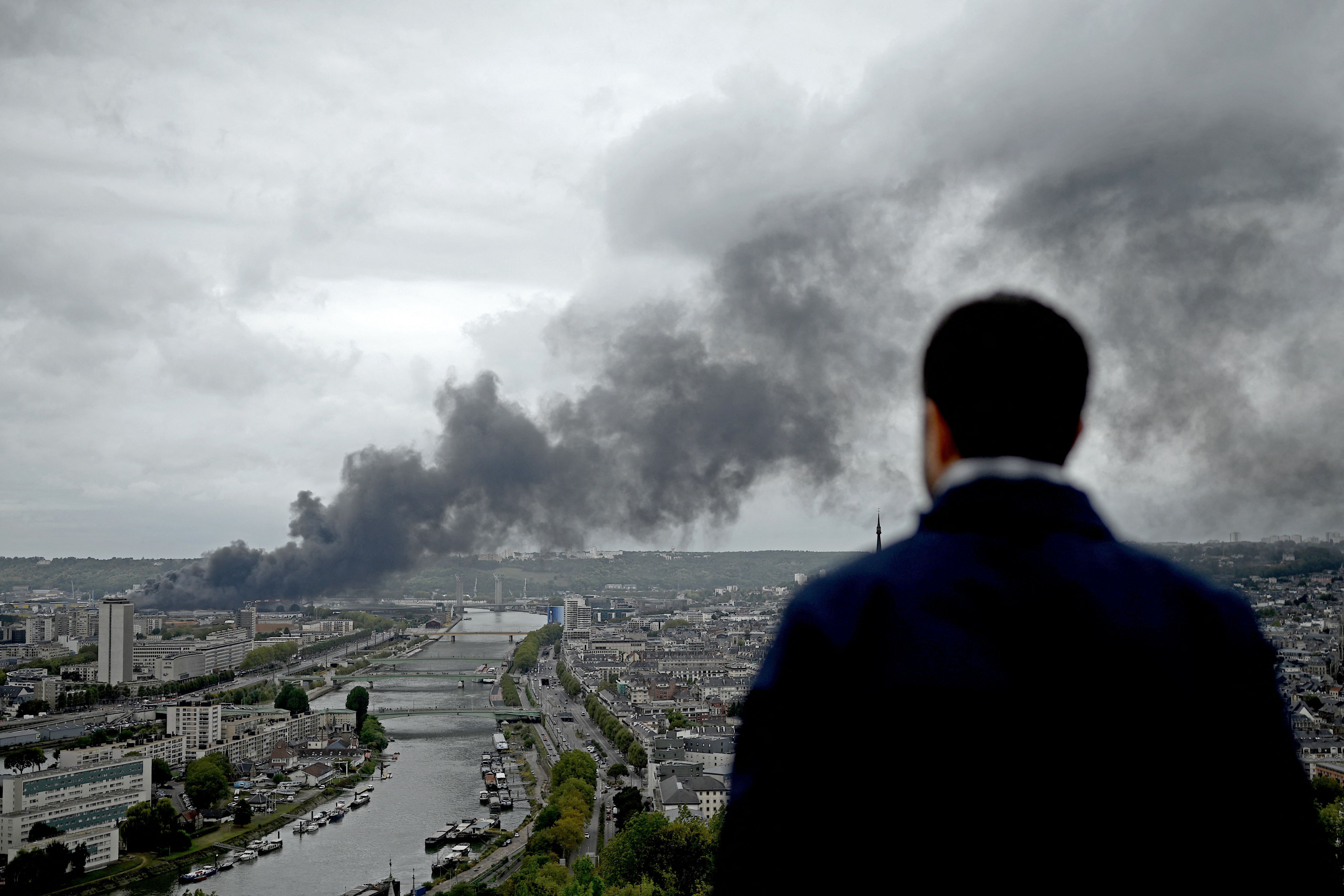